The Tough One by staywritechill
Summary:

Nick works through a tough time with Priyanka as he writes a song trying to connect the dots with his encompassing themes.

1. the tough one by staywritechill

the tough one by staywritechill
Author's Notes:

This is something of a two-parter, encompassing the first two tracks on the album. 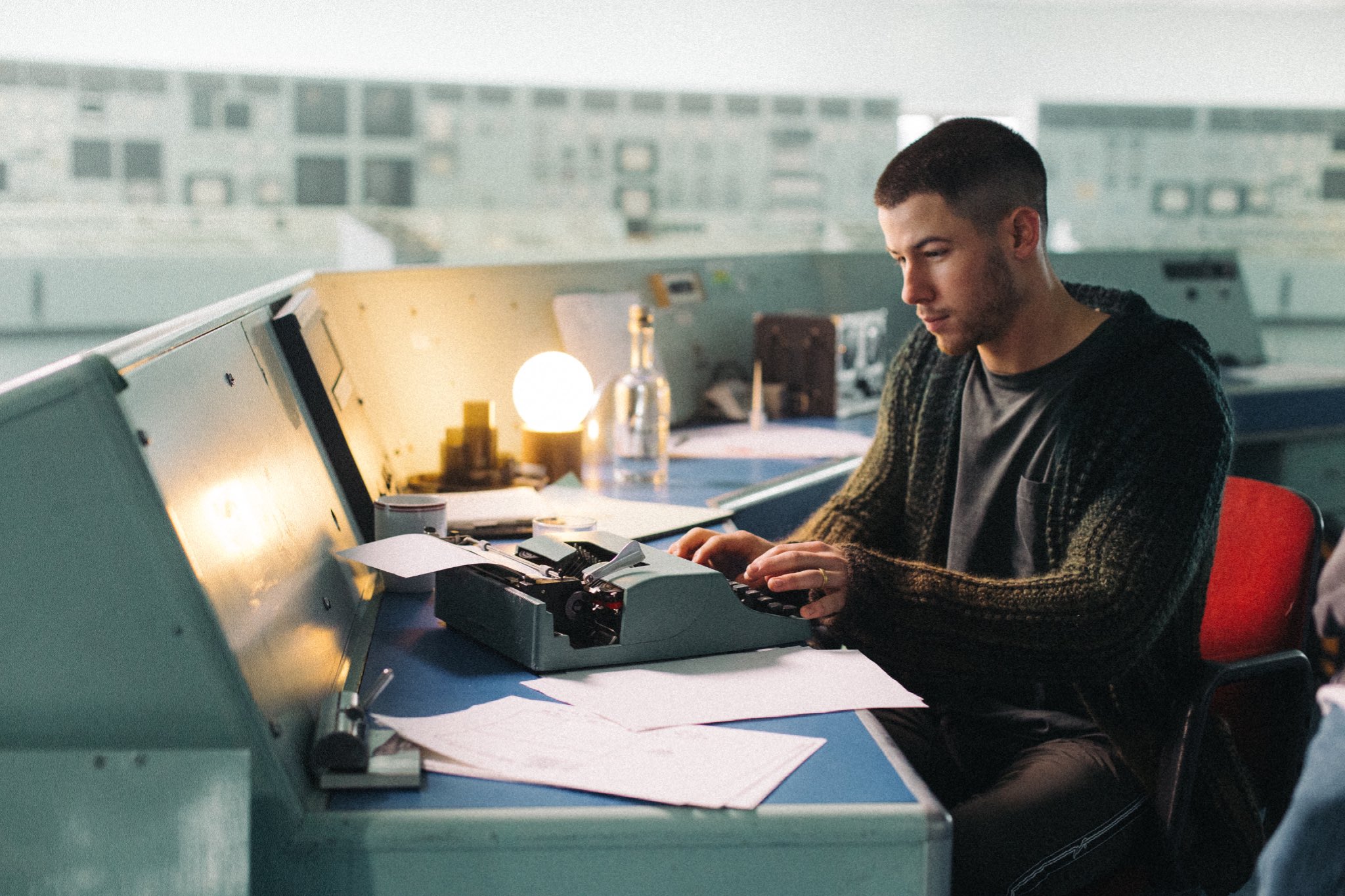 Nick was stumped. Nick was hardly ever stumped when it came to a song and it wasn't just because he was the only one looking at it. He wanted the songs to be perfect as far as the ideas they conveyed. In some respects it had to fit with "Spaceman" and the idea of distance, but what he was writing about was harder to narrate.

He hadn't had this much trouble writing a song since he had written "World War III" when he was a teenager and yet his litany of songs about Miley Cyrus and had stuck stubbornly in the living fan lore on the Internet much to his chagrin.

Nick groaned as he discarded to get another note on his phone and deleted another memo. It was as if a little voice in the back of his head were laughing at him.

"You can't fit that all into one song or world be six minutes long!" Greg advised.

"Not my intention." He replied.

Nick rattled off a stanza.

"Maybe tell us what inspired those feelings." Maureen suggested.

Nick made a face.

"That's just it, it's personal and it's complicated to break down."

"Such is the best stuff." Greg cut in conversationally.

"Pri and I had a big fight a while back." Nick stated simply. "You know how things had been during lockdown, things between people have been a bit… tense." He cleared his throat. "At some point I thought she was going to literally walk out and stuff was going to blow up between us like big time!"

Nick burst out with a dry laugh which had little humor in it.

"Fortunately it didn't come to that." After a beat he continued: "I guess that fear of losing her was still in the back of my head but not wanting to lose that connection and remind her of what we have, you know."

The heads on the screen in front of nodded.

"Then that's the song." Greg stated, as if this had solved the problem.

"Then I had this other song… No lyrics yet just…" He played something on the keyboard next to his desk.

"Let's finish that other idea first, but I like what you have going there."


Nick knew he wanted multiple ideas to represent the themes he had in his head the one he was writing right now other than the song "2 Drunk" represented distance. He had yet to figure out how else he was going to convey distance through other lyrics. Working through the song was like untangling a big knot in Nick's mind pinning down lyrics to convey certain ideas about a time in which his marriage felt uncertain.

"I just didn't want to give up." Nick finally replied. "I wasn't ready to."

"Who isn't?" Greg replied casually. "Maybe repeat "don't give up on us" that's the most important idea." Greg suggested. Nick was already scribbling down ideas the ones he wasn't putting down on his phone. He really wrote things by hand anymore.

"Maybe that's the title." Maureen suggested. "That's the main idea of the song isn't it?"

"Right." Nick tapped out another note on his phone where he was writing down lyrics with one hand and figuring out rhythms and chords with another. Meanwhile, Greg tried out a few of Nick's chords on his own keyboard.

"This would sound much better we were actually meeting in person." He chuckled.

"Those were the days, huh?" Maureen replied with a chuckle.

"I can do this." Nick replied, "but when everyone's sitting around bouncing around ideas it's more organic, you know?"

"Definitely." Greg replied as he played out another set of chords while Nick hummed out a melody tapping out a rhythm on the closest available surface.

Eventually, the song seemed easier, less intimidating. That was the thing he liked about having co-writers; and not just his brothers people he could bounce ideas off of and that helped him clarify ideas and concepts he had in his own head that he didn't know how to articulate.

"Is that about it?" Greg asked. When they were finally satisfied with the song lyrics, rhythm and melody.

"It's good." Nick replied nodding. "I can cut the demos before I going to the studio with the next few songs."

"Now about that other concept, Nick?"

Nick scrolled to another app on his phone and another voice memo.

"I wasn't sure about this one, but I'm thinking it's a bridge for those two other songs. A way to speak of both emotional and physical distance." Ha

This series is kind of all over the place I have about three different ideas for different songs, but they fall at different parts of the story. I have parts coming for "This Is Heaven" and "Nervous"

For my other story Surrogate chapter 7 has been reposted and updated because of a mistake. More coming on that story tomorrow.

Back to index
Disclaimer: All publicly recognizable characters and settings are the property of their respective owners. The original characters and plot are the property of the author. No money is being made from this work. No copyright infringement is intended.
This story archived at http://www.jonasbrothersfanfictionarchive.com/viewstory.php?sid=172