Mr. Jonas by lisavslisa
[Reviews - 9]
Table of Contents [Report This] 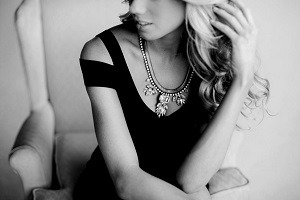 Her breathing was ragged as she stood bent over, her hands planted firmly on the plush suede of the arm chair. There was no bend in her knees as she stood motionlessly in the six inch black stilettos he fitted her with. Her body was bare, except for the thin fabric of the black lace garter belt that adorned her exposed ass and the thigh high stockings it was tightly clipped to. There was something so very thrilling about this, about the stance he put her in.

Mr. Jonas wasn’t even in the room. He just positioned her there and left her. How long had it been? Five minutes? Ten? The muscles in her legs were beginning to burn from the strain. But the heat pooling in her lower regions – an enthralling sensation that was ravaging her – was worth the tedious torture.

Her breathing hitched when she heard his footsteps. Was he coming to finally stake claim on her? Would he finally put her out of her sexual misery? Oh, she hoped so.

“Your ass, Miss Mason – it’s absolutely divine,” his voice was low and seductive and sent a startling quiver all throughout her lower regions as his hand smoothed down her backside.

She didn’t make a peep, he didn’t give her permission. She just smirked to herself knowing he couldn’t see her.

“Now, Miss Mason. I heard that,” he said, his voice scolding, causing her insides to clench. Heard what?

His fingers of his right hand gripped onto the strands of her long blonde hair, pulling her head back in one swift motion, straining her neck as he pressed his pelvis into her backside, his left hand gripping across her front, squeezing her right breast tightly. She could feel his erection against her through the rough fabric of his trousers. That mixed with his dominance was doing her in.

“I heard the crack of your smile,” he breathed lowly into her ear in a menacing way that only he could make sound hot.

She was too busy trying to stifle her moan to reply.

“Answer me,” he snapped.

“You amuse me so much, Mr. Jonas,” she replied, her voice quivering only slightly.

“Are you mocking me, Miss Mason?” He asked in a less threatening tone.

“Never,” she choked out.

“Never, s-sir,” she stammered as she tried not to whimper from what he was doing to her, what she wanted him to do to her.

“Good girl,” he breathed in her ear, letting her hair loose as his hands drew back, sliding slowly down her bare back.

“Like I said, Miss Mason, your ass looks absolutely divine. I wouldn’t mind fucking you in it,” he said, his voice low.

Her breathing shuddered with his words. He wanted to fuck her ass? She didn’t know if she was ready for something like that.

“Does that burden you, Miss Mason?” He questioned, his voice sounding amused.

“You’ve never been fucked in your ass?”

“Well…” he breathed, and she could hear his own smile and it alarmed her because she had no idea what he was going to do.

When she felt his finger swipe across her anus, she shuddered in shock.

“Relax, guileless girl. I would never do anything you weren’t ready for. You know the safe words,” he breathed lowly as his finger pressed lightly against the sensitive region, “repeat them for me.”

“‘Yellow’ to slow down, ‘red’ to stop,” she recited, feeling grateful that she had no use for the words.

“Good girl,” he said again, swiping his finger down her cleft before he sunk it inside of her.

“Always ready, Miss Mason. I like that,” he groaned as his finger moved fluidly, in and out.

She wanted to let out a groan herself, but knew she shouldn’t. She also wanted to move backwards, meeting his finger thrust for thrust, but she knew it wasn’t a good idea. She knew his plan wasn’t to fuck her with his finger.

“You are insatiable. Always a pleasure, Miss Mason,” he murmured as he nearly finger-fucked her into oblivion. As an unbridled moan escaped her lips, his finger stilled inside of her.

“Oh no, Miss Mason. You are not allowed to come,” he breathed darkly in her ear and her insides clenched again.

“Not yet anyway. Not until I’ve given you permission,” he told her sharp-tongued as he removed his finger.

“Oh, Katherine. What shall I do to you today?” His voice came out more playful than before.

It always caught her off guard when he used her given name rather than her surname with a ‘Miss’ attached to it. She was never allowed to call him Joe – not when they were in these situations.

“Mmm. I think I’m just going to fuck you… and hard. And I am going to admire this sweet ass of yours the whole time,” Joe groaned, his fingers digging into the flesh of her backside as he squeezed it in his hand. She couldn’t help the moan that escaped her lips.

“This sounds pleasing to you?”

“Mmm,” he said, giving her behind a swift smack before pulling away all contact, “me too, you sultry girl.”

She heard the quiet sound of his zipper opening and it sent a rush of pleasure straight through to her core. Oh, she wanted him. She wanted him that second.

She felt his hands on her hips before she even felt his presence. She was too distracted by the screaming ache in her body to pay attention to things around her. But as soon as he was touching her again, all her focus was on him, wondering just what was next.

“Oh, Katherine,” he sighed, pressing his now exposed erection to her backside. The intimacy in his voice was startling. The more he said her name, the more she wanted him to.

She groaned when she felt the tip of his penis touch her opening. Yes, this was what she wanted.

“Uh-uh-uh,” he tutted, pulling back contact, causing her to groan once again.

“Oh, Miss Mason, you are quite eager,” he chuckled darkly.

She wanted to scream ‘yes, just fuck me already!’, but she knew he would disapprove.

“Your patience has paid off, Miss Mason. I’m going to reward you.”

And with one swift motion, he slammed into her hard, giving her everything she wanted. She cried out immediately as her back arched and her fingertips dug tightly into the suede fabric of the armchair.

“So willing, so accommodating. Oh, you feel so good, Miss Mason,” he grunted as he pushed and pulled her hips in rapid time.

It was already building inside of her. From his finger-fucking to his actual fucking, he had her on the edge, ready to jump right off.

“Oh, Miss Mason. Do not come. Do not come until I say so,” he warned as he moved faster and faster inside of her.

How on earth did he expect her not to come?

She bit her lip and tightened her grip on the chair, wanting nothing more than to lose herself. How could he expect such unparalleled obedience from her? How was she supposed to hold herself together?

When the throbbing of her lip was too much to bear, she released the flesh from her teeth and dropped her mouth open, letting out a low groan. He surely couldn’t expect her to keep quiet during all of this.

“Oh, Miss Mason. Everything about you…” He groaned, reaching his hand around momentarily to fondle her breasts before he needed it back on her hip to continue his break-neck speed.

“Oh, please,” she whimpered when she could feel her orgasm building and building.

“No!” he shouted, smacking her ass hard. She whimpered again, dropping her head down, squeezing her eyes shut tightly as he continued to work her over.

“You will come when I say so,” he growled through his teeth, continuing his domineering assault over her.

She would come whenever her body gave out, whether he wanted her to or not. She just hoped he’d give her permission before it happened. Her fingertips ached as they dug into the chair. She wasn’t sure how much longer she would last.

As if out of nowhere, Joe stopped abruptly inside of her. Her eyes burst open wondering what he was doing. Did he come without her? Was he even going to let her come? The thought of not finding her end was agonizing.

He pulled back slowly, almost pulling out completely and her stomach clenched. Then he slammed hard into her, causing her to cry out. He did this three more times and she was sure her body would defy him.

“You. Can. Come,” he said through gritted teeth as he slammed into her one last tormenting time.

And as if his words were really her trigger, her body lost it, coming all around him as he too lost himself in a low grunt.

Joe’s body fell forward against hers, his cheek pressed against her back as she felt his whole body pant against her. Her arms and legs felt like they were about to give way and it was as if he sensed it, because he gripped her around the waist and turned her in his arms as he sat back on the chair that was her foundation for so long. He pulled her onto his lap, her body still teetering on top of him, keeping her filled, keeping her his.

“Oh, Katherine. Always a pleasure,” he breathed into her ear in a low voice, causing a wide smile to form on her lips.

New story! If you haven't figured it out yet, this is a very 50 Shades of Grey-esque story. I posted some of it on the old JBFA before it was shutdown, so you might remember it from there. I now have the whole story written. It just needs to be edited. I can't wait to share it with you! I hope you like it. :)

Next
You must login (register) to review.