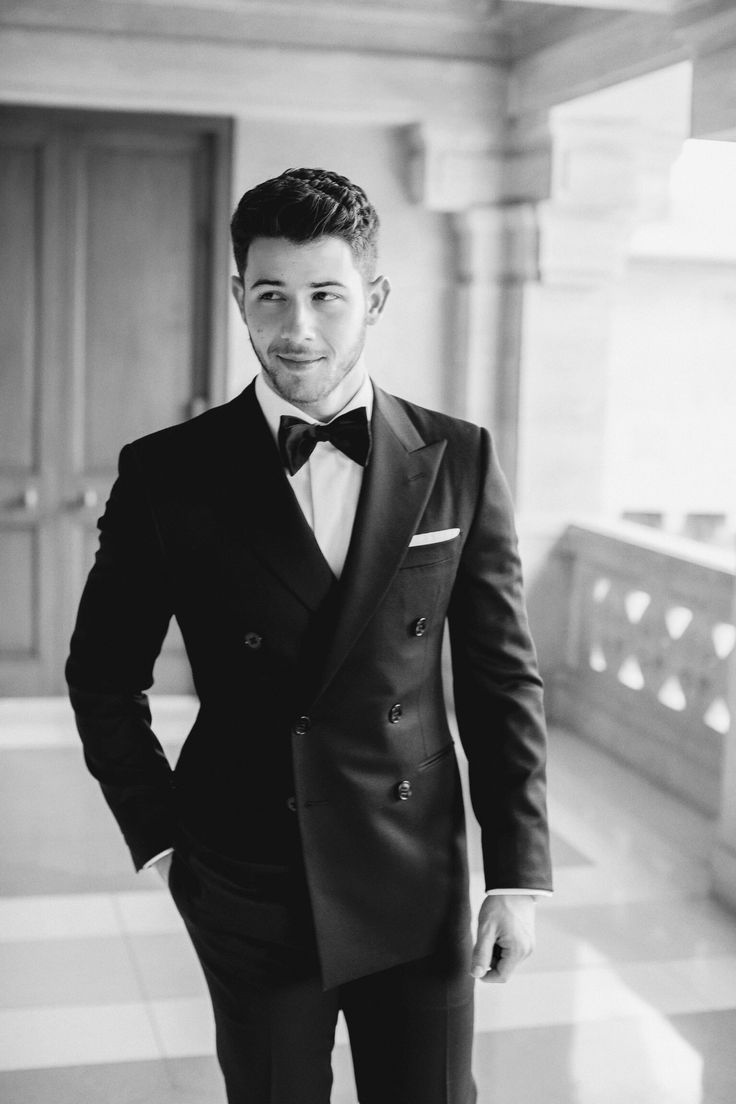 “You may now kiss the bride,” the priest smiled. Nick gazed at his bride lovingly, causing a pit to form in my stomach. She smiled at him bringing her lips to his, kissing him deeply. I could feel my throat closing from how hard I was struggling to fight back the tears. The crowd stood and clapped feverishly. I’m too late. I had my chance, and I blew it. The tears began to fall at an uncontrollable rate. Nick looked back at me, grinning from ear to ear.

“Thank you” he mouthed to me, giving my hand a gentle squeeze. I nodded, faking a smile through my tears. Why could I never bring myself to tell him before? 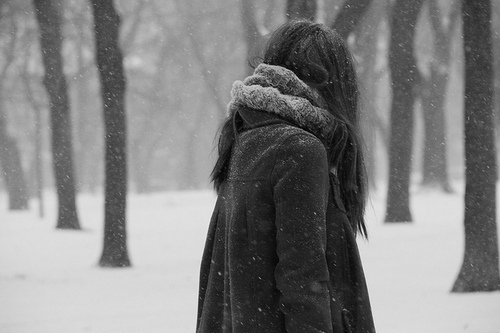 I hate the cold. I quickly zipped up my jacket once leaving the warmth of my school’s heated hallways. I sat on the stairs and stared at my watch. He was late. His baseball practice couldn’t have run late again. I pulled my hood over my head before resting my hands in my jacket pockets. I looked out at the students engaged in conversation by the basketball courts. How could they stand to be out here? It’s freezing. According to weather reports it was one of the coldest winters Jersey had ever had. Fresh snow continued to fall to the ground as I waited for him.

Finally, a black mustang pulled up abruptly in front of the steps. He rolled his window down at me flashing me that toothy grin he’d been giving me since elementary school. I rolled my eyes at him. That smile could make a nun weak in the knees.

“Were you waiting long?” he asked.

“Long enough,” I huffed, throwing my backpack in the back. I slid into the passenger’s seat and punched him in the arm as long as I could.

“I’m sorry, it was Chase. She asked to talk to me after practice, and well basically she wanted to know if I was going to ask her to the winter formal” he grinned. Of course, she did. Chase was on the soccer team, and one of the prettiest girls in school. She was also a year older than us, and kind of a slut.

“She asked you?” I shouted. We’d had an unspoken rivalry ever since I beat her out for the last spot on the cheerleading team. Since then, she’s made it her mission to get me back the only way she knew she could, through Nick.

“No, I said she wanted to know if I was asking her,” he laughed.

“Look, I can get a ride home from cheerleading practice, but you’re the one who insisted on being my ride. So that means be on time Nick. Your groupies can wait.” I grouched. He rolled his eyes at me, clearly unamused. He knows I’m not lying. Nick was voted best looking incoming male freshman and nominated for homecoming king. While he didn’t win because he was only a freshman, he’s pretty much a shoo in to win next year.

It was weird seeing Nick get all this attention. I mean there were girls who thought he was cute in middle school, but never quite like this. Especially after it was established that he and I were just friends. Girls were throwing themselves at him left and right. It was sickening.

The worst part was it was getting harder and harder to control my feelings for him. I hadn’t been able to get him off my mind since we kissed over the summer. At first, I thought maybe he felt the same, but he acted as if it never happened. That part hurt worst of all.

“Oh, shut up Mel. It’s not like you don’t have guys throwing themselves at you. Only freshman on the varsity cheerleading squad. What a hottie.” He mocked. I couldn’t deny that he was right. But it’s not like I paid any attention to any of those other boys. He was all I thought about. It sucks being his best friend and not being able to tell him how I feel. If he didn’t feel the same, I could lose him forever.

“So…are you gonna ask her?” I asked shyly. His eyes switched from me to the road a couple times.

“What—are you serious? You think I’d ask your arch nemesis to winter formal?” he smiled. I tried to contain my smile but failed.

“I mean she is pretty…” I began, purposely trailing off.

“Yeah, and you’re prettier. That stuff doesn’t matter to me,” he shrugged. My eyes widened. He thought I was pretty.

“So…who are you asking then?” I asked even quieter than the last.

“You. Who else?” he said as if I asked a stupid question. “You know, unless you wanted to go with Ron from elementary school? He’s still got a thing for pigtails,” he laughed tugging at my ponytail. I gagged.

“Eww! Gross, no thank you!” I giggled. “Wait a minute. What if I wanted to go with someone else? You just assumed I was going to go with you without asking me?” I added.

“Oh, I’m gonna ask you.” He smirked. This could be the moment I’ve been looking for. I’m going to tell him how I feel. 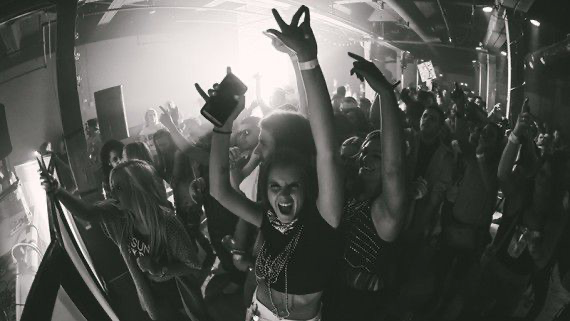 I tugged off my dress, and quickly changed into dark jeans and a red sweater. I took my black boots down from the shelf in my closet and slid them on. I examined my face in my vanity mirror, freshening up my makeup.

My phone rang loudly on the countertop of my dresser.

“Jordan, I’m on my way down. Did you need something?” I asked.

“No, I’m just trying to make sure you didn’t chicken out,” she replied. Seriously Jordan.

“I’m not chickening out,” I said, once I’d gotten inside her car. “I’m going to tell him how I feel. I promise.”

“That’s my girl,” she grinned.

We pulled up to Tony’s formal afterparty, which he was hosting at his house while his parents were conveniently out of town. The party was supposed to be small, just a select few of us, but like most parties in high school, word got around, and cars were piled up on his front lawn, as students filled the house, their hands glued to red solo cups.

“So! what are you gonna do first?” she asked once we entered the house, and Tony handed us our drinks.

“I’m gonna find Nick and tell him. I’ll meet up with you after,” I said. My heart immediately raced. I was nervous, but I had to do it. He had to know how I felt.

“Sure. Good luck,” she replied, giving me a last squeeze before I rushed through the house in search of Nick.

I headed to the backyard first, figuring he’d be by the pool. He wasn’t there. The backyard was filled with drunk kids crowding the DJ and singing along loudly to “The Way I Are” by Timbaland.

I came back scanning every inch of the living room and kitchen, but he wasn’t there either. I checked every room on the first floor and still couldn’t find him. He told me he was coming, but maybe he changed his mind. I checked my phone to see if maybe he texted me. He hadn’t, which was weird. He definitely would’ve told me if he wasn’t going. Maybe he just didn’t think to tell me when he arrived.

I decided to try upstairs. I’d knocked on almost every bedroom door before I’d given up hope. Maybe he just isn’t here. I knocked on the last bedroom door. I guessed from the French doors that it was Tony’s parents’ room. No one answered, so I turned the knob and walked inside.

There was a couple laying down on the bed making out. Well, that can’t be him. They popped up from the bed and stared at me. Chase…and Nick.

“I was looking for you…but you’re with Chase…I’ll go,” I rambled, and ran out of the room, shutting the door behind me. Tears immediately began to fall from my face. Nick was kissing a girl, and that girl was Chase. I ran downstairs and tried to find Jordan, but while searching for Nick I had missed the fact that the party had nearly doubled in size, so it was impossible to make anyone out in the large crowd. I pushed my way through, finally making it to the front door, and rushed outside. I gasped for air once I’d made it out, running my fingers through my hair. This was really happening. Nick and Chase were happening.

“Mellie!” Nick shouted. I turned around, tears continuing to stream down my face. “Mellie, it wasn’t what you think—I mean it was but…I don’t…I’m sorry Mels,” he sighed.

“No, it’s fine. You like her. That’s great.” I replied sarcastically.

“Mellie, I don’t like her. I was just drunk, and she was you know—all over me. I guess I got caught up,” he said, grabbing my hand. I immediately pulled away.

“It’s fine,” I said, trying to smile, while tears continued to stream down my face.

“Then why are you crying?” he sighed, pulling me into a hug.

“Cause I’m just so happy for you,” I said, as he pulled me into his chest.

“Mel!” Jordan shouted from the front door. I pulled away from Nick.

“Is everything okay?” she asked, trying to gauge the situation from my eyes.

“Sure—yeah let’s go,” she smiled weakly, grabbing my hand in hers.

“Mellie, please. Wait!” Nick pleaded. I turned back to him.

“I can’t” was all I could manage before following Jordan to her car.

Sooo...Chapter 3. What are your thoughts? Thanks to everyone who has reviewed, I really appreciate it, seriously. You're awesome. Please let me know your thoughts about this chapter, or this story in general. As always, all feedback is welcome.

x0x0 Gossip Girl. JK. Diamond. (Why am I just realizing how cliche my signoff is. I'm annoying)