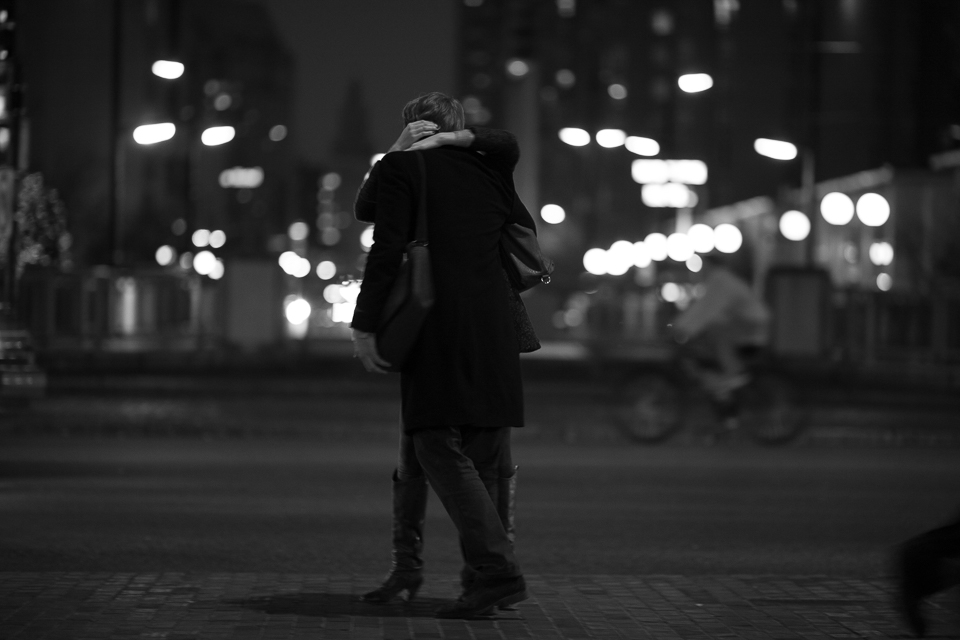 I needed this New Years’ eve party. I needed something to distract me from the awkwardness that was now Nick and I’s relationship. It had been a little over a month since the incident at Tony’s after party, and I didn’t know how to act around Nick anymore. I wished I’d never agreed to go to that dance with him. It just made us, and everything else worse.

“Mel, you might want to lay off the alcohol. My parents are wasted, but they’re gonna start to notice soon,” Jordan said. I took another shot.

“I need this. Nick just went to the bathroom, and I’m trying to get as much liquor in my system as possible before he comes back.” I replied.

“I know you said things were bad, but I didn’t think they were that bad,” she sighed.

Nick walked out the bathroom and took a seat beside me.

“Are you drunk?” he asked, once he sat down.

“Why are you still mad at me? I’ve apologized for kissing Chase a million times.” he sighed. There it was… the guilt. Not only was I lying about how I felt. He was right. I’ve been torturing him since that night. This would’ve all been a lot simpler had I just told him how I felt the moment he kissed me.

I took another shot.

“Can we just let this go, Nicky? I’ve—I’ve moved on,” I replied. The alcohol was definitely getting to me. My mouth felt loose, and I just knew my words were slurring.

“No, you haven’t. We haven’t hung out—just the two of us—since that night. You refuse to make any plans unless Jordan is going to be there,” he pleaded. God—I can’t take this.

“I don’t believe you. You were never a good liar—not to me.” He took his hand and rested it on my cheek.

“I’m too drunk to deal with this right now,” I slammed my cup down, and stumbled out up the basement steps and out the back door.

I wasn’t really sure where I was going, and honestly, I didn’t really care. I just knew I wanted to be as far away from that house, and Nick as I could possibly get.

“Mel, where are you going?” he shouted. Of course, he was following me! I would expect nothing less.

“Away from here. In case you couldn’t take a hint, I would like to be alone,” I replied, continuing to stumble down the street. I could hear Nick speeding up his pace.

“Usually I would let you go, but you really shouldn’t be going anywhere by yourself right now, especially drunk.”

“It’s your fault I’m even out here to begin with,” I stopped, and turned to face him. He stopped, keeping a distance of about 3 feet between us.

“Geez Mel! You say you forgive me about the Chase situation, yet you bring it up every chance you get. What does it matter anyways? You don’t have feelings for me, right?” he asked, moving closer to me. My breathing picked up as he closed the distance between us. A mixture of the alcohol and the growing tension between Nick and I, was making it harder to breathe. I backed up stumbling onto the street.

“Mel, get out of the street!” Nick yelled, as a car honked at me rapidly. I shielded my eyes as the headlights shone brightly on my face. Why can’t I move?

Nick ran to me, pulling me close to him and out of the street. The car zipped by us, only a few millimeters in between.

“Mel, you alright?” He asked as he held up my head. I feel dizzy. My breathing was borderline hyperventilation at this point. “Melanie?” he said again.

“Don’t let me go,” I cried shortly before losing consciousness. 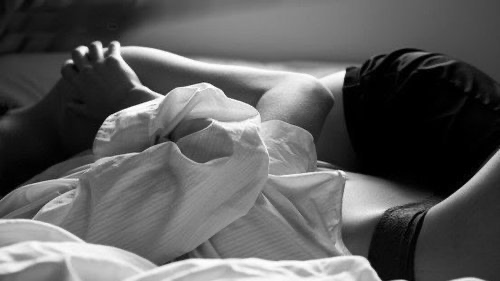 When I finally regained consciousness, I was in bed. Where am I? I sat up, realizing that I wasn’t in the same skin-tight dress I’d worn to Jordan’s. Someone had changed me into a t-shirt and shorts. I looked around, feeling a slight sense of familiarity. The blue walls, the guitars placed proudly next to his nightstand. The bulletin board filled with photos of us. I was in Nick’s room.

As if on cue, he walked in, smiling once he’d seen I was awake. He crawled onto the bed and laid next to me, him on top of the covers, me underneath.

“You’re up. I thought you’d be out for at least another hour or so,” he said.

“What time is it?” I asked, rubbing my temples in an attempt to soothe my massive headache.

“5 am?! What the hell happened? Where is my phone? Nora’s gonna murder me,” I asked, beginning to panic.

“Relax. I called Nora, I told her you wanted to go back to my place and watch movies, but you fell asleep, and I couldn’t wake you, so you stayed here” he explained. I took a deep breath. At least that’s one less shit storm I have to deal with.

“What happened after I blacked out?” I asked.

“Well once I brought you home, I tried to just set you down on the bed, but you woke up momentarily I guess, and begged me to take off your dress,” he chuckled. Heat rushed to my face. This night could not get any worse. “At first, I gave you some clothes, thinking you would change yourself, but then you uh…” he blushed. “You asked me to help you get changed, so I did,” he said quietly.

“I’m afraid to ask what happened after that,” I replied, bringing my hands to my face.

“I brought you back to bed…and I told you I would sleep on the floor…but you asked me to lay in bed with you…” he said, stumbling through his words. Fuck. Fucking shit. Fuck. Fuck. Fuck. “Then I held you until you fell asleep,” he smiled.

I sat up, turning to face him. He looked into my eyes, his brows furrowed in confusion. I took a deep breath, biting down on my lower lip.

“Thank you, Nick, not just for Nora, but for saving my life. I know I’ve been such a bad friend to you since the Chase thing, and I’m sorry,” I hadn’t meant to change the mood by statement, but I could tell by Nick’s expression that I had.

“You’re thanking me for saving your life? Seriously Mellie?” he growled. He was angry with me?

“Did I say something wrong…” I began.

“Of course, you did! You always do! I don’t need a thank you Melanie. I don’t know what I would have done if something happened to you” he interjected, gently resting his hand on my cheek. My cheeks burned a bright red. What is happening? The rise and fall of my chest grew more rapid.

Before I knew it, I crashed my lips into his, kissing him for every day I’d spent angry at him over the Chase situation, for every day my feelings for him went ignored, for every day I spent in love with him. I don’t know what I expected at that moment, but what I didn’t expect was for him to kiss me back with the same intensity.

We both sat up completely, our knees dug firmly into his mattress, closing the gap between us as we swayed our heads rhythmically. I entangled my fingers in his hair, as he deepened the kiss. Tears began forming at the base of my eyes. He brought his fingers to the hem of my shirt, tugging at it, as if asking for permission. I nodded my head in the kiss, too desperate for him to separate our lips for even a moment.

He pulled my shirt over my head and tossed it to the side. I watched as he took in the sight of me shirtless. This was the look I yearned for. I never wanted him to look at anyone else the way he did at me in this moment. He slid off his own shirt and ran his fingers through his hair.

“If you want to stop here, we can. I know you’ve been drinking, and then the near-death experience…” he trailed off. I kissed him sweetly.

“My head has never been clearer,” I smiled, bringing my lips back to his. Just as my fingers teased the waistline of his shorts, the door flew open. I flung myself off the side of the bed. Omg. Omg. Omg.

“Nick, there’s monsters under my bed again,” Frankie, Nick’s little brother, whined mid-yawn. I peered over the bed to see what damage, if any had been done. Frankie rubbed his eyes, seemingly unaware that I was there.

“Okay Frank the tank, I’ll be there in a minute,” he chuckled, his eyes widening at me. I resisted the urge to bust out into a fit of laughter. “I’ll be right back,” he mouthed to me before following his little brother out of the room.

I took this opportunity to put Nick’s shirt back on, the last thing I needed was another family member barging into his room while I was in my bra. I smiled as I walked over to the bulletin board filled with pictures of us. Maybe I was wrong. Maybe he did feel the same way. I sighed. Maybe this was my moment to finally tell him how I feel. I ran my fingers across his acoustic guitars. I always thought it was cool that Nick was practically a musical prodigy. He could play guitar, piano, and the drums. With a voice that would melt your heart. He told me he wrote songs, but never played any of them for me. I looked over at his desk, which was covered with sheets of paper. He would be so mad if I peaked at his lyrics…but I couldn’t help it.

My eyes focused on a paper labeled “Just Friends”, there were no lyrics yet, but it looked like he already had written the melody. My heart sank a little. Hopefully that song isn’t about me. I grabbed the paper, trying to make sense of the notes. Walk the halls at school, we know it’s casual? It’s cool we’re just friends. My eyes desperately scanned the paper, until I found what I was looking for. “A song for Mel,” I read aloud. I knew it.

I grabbed my purse off the floor and left as quickly as I could. He would never see me as more than a friend.

Here's Chapter 4. Please let me know what y'all think. I'm working actively on Chapter 5, and may wait for some feedback before posting. Each chapter gets a little raunchier, and this will more than likely be the last chapter where Nick and Mel are 15, so the real drama will begin. Let me know if you're still interested in the story. All feedback is welcome.