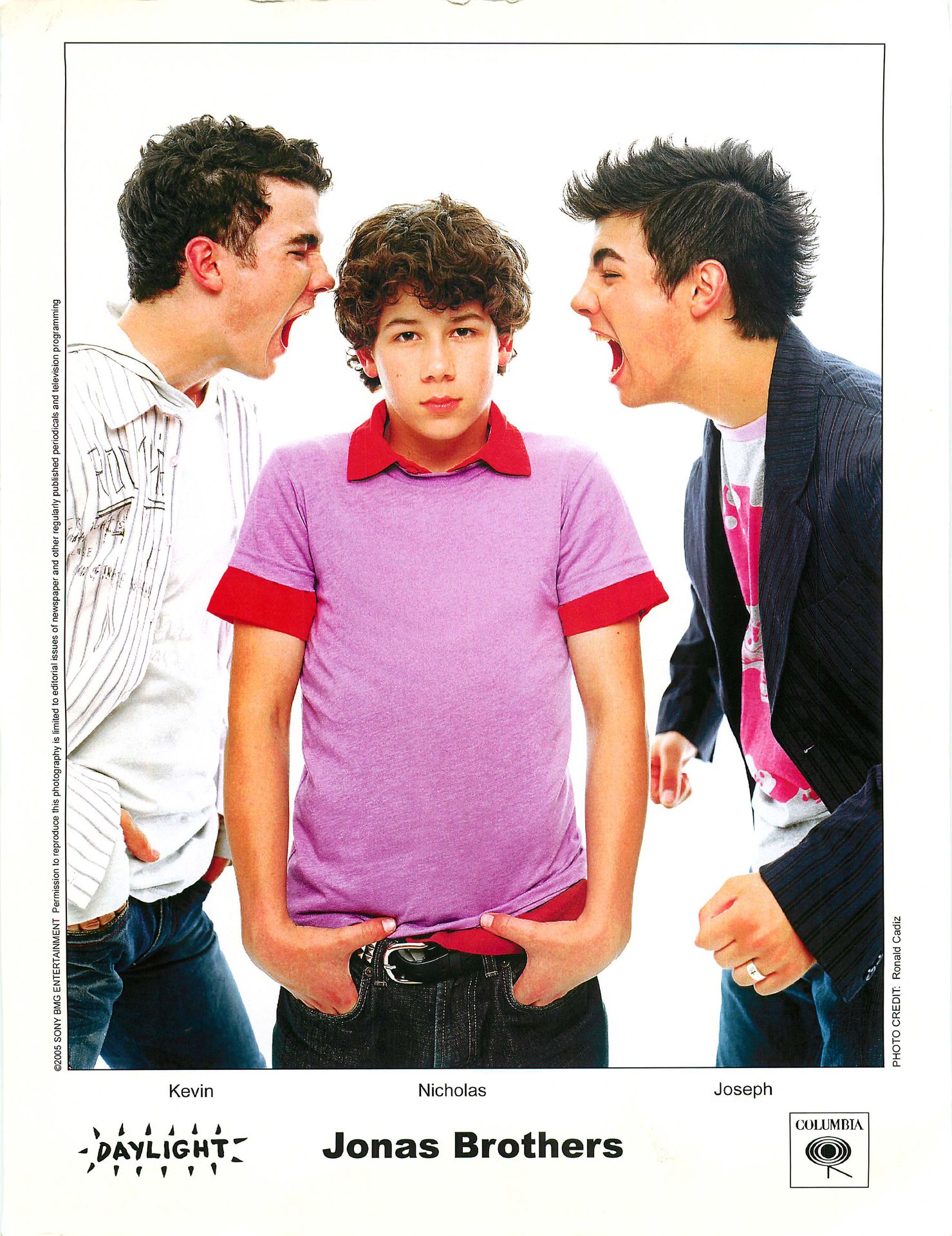 Nick and his family were traveling all around the United States promoting the band that they were in the process of forming. Things were going great, they had just started the Fall 2005 Tour where the boys were performing in front of a couple hundred girls a day in malls and other places.

But Nick was trying to get used to not only maturing more and more each day. But he  was currently trying to get over a particular struggle. He hadn't told anyone this yet, but he wasn't feeling all that great the past few weeks-- no months. He knew that if he told his family... or even Melissa, they wouldn't leave the poor boy alone, and would start treating him differently.

But at that time, they were traveling from Pennsylvania to New York for a show that they had in two days. The preteen  had been asking every hour on the hour for them to stop to go to the bathroom.

It concerned his eagle-eyed mother, who had also realized that her 13-year-old son had also lost about 15 pounds since Halloween just a few weeks back. That wasn't normal whatsoever, "Hey Nick, you okay?" she asked her son.

Nick was sitting in the back of the cramped van, sweating profusely and needing another water bottle that was packed away in the cooler in the trunk. "Huh? Y-Yeah momma, I'm fine. Why wouldn't I be?" the preteen stuttered out, his eyes looking into the beautiful ones of his mom's.

A million thoughts were swirling around in his head, did he really not look like he was okay? Why was he so dang thirsty? When would the next rest area be coming up?

"I just wanted to make sure, you just haven't been yourself lately." she said defensively, knowing that something was definitely bothering her son. She soon turned back around, giving her husband a concerned glance. The both of them knew sooner or later they would have to stop off at a doctor and check to make sure the thirteen-year old was in good health. -------The next day:

Denise walked her son into the doctor's office, taking a deep breath as her motherly instincts kicked in, what if there was something seriously wrong with him?

Soon, the doctor had walked in, a chart in hand, "So what seems to be the issue here?" she asked, beginning to do all of the normal "doctor" things that are done on patients when they are being seen for the first time.

"Well, Nicholas here, has been losing excessive weight over the past few weeks, always needs to go to the bathroom, and is thirsty all the time." Denise began to explain as Nick leaned back against the wall, his arms folded.

The doctor immediately knew what the issue could be and sighed, "I am sending you two off to the hospital, they will explain there what is going on when you get there. Good luck Nicholas, and you will be fixed up in no time." she said urgently and ushered them off.

Once they had gotten to the hospital, they were put into a room, and many tests were begun on Nick. His anxiety and blood pressure were extremely high, but the most concerning issue was; his blood sugar was over 700.

Those were the words that hit him hard, he was stunned to be quite honest. His head was spinning as he really didn't know what Diabetes was and was scared shitless.

What did all this mean? Would it cause him to not be able to do things he loved anymore? What would Melissa think of him? The last thought caused him to look over at his mother, and chew on his bottom lip out of habit.

"Mom? Did you call Aunt Cindy? Can I talk to Melissa?" Nick asked as they sat there in the hospital room, they had been sitting there for days, the next week of the tour had been cancelled. The doctors had told them that they needed to get Nick's sugar down to a manageable level. After all of those things were finished,  they would be able to discharge him. "Can I have that notebook that I put in your bag?" he threw a million questions at his mother.

"Yes, I called Aunt Cindy, but remember Melissa's at school right now, so once she gets home, and Aunt Cindy explains what happened... you can talk to her, okay?" she asked her son, knowing that he was dying to hear the young girl's voice. She handed over the notebook and a pen, knowing how his creative mind worked at a time like this.

For the next hour, he sat there singing small verses and writing what would be one of the Jonas Brothers' biggest hits in about three years' time. With Nick, when he goes through something traumatic or needs to speak his mind about something... writing a song was the way he dealt with his issues. Confiding in people in the moment wasn't what he normally did... his lyrics was his outlet.

Three more days had passed, and the boys had a show just hours after he had been discharged. He was feeling 100% better, and now was able to understand that because of the lack of insulin and other medicines that his body needed; that was why he had been feeling so poorly.

Denise didn't tell Nick that there was a surprise waiting for him at the show. Someone he rarely got to talk to for the past week was waiting rather impatiently for him to make his appearance. Melissa had been a complete mess, not understanding what was going on, and why Nick had been in the hospital.

She was sitting behind the curtain backstage with her mom, waiting for the mother-son duo to finally come to the venue. As soon as she heard Nick's cute little voice, her whole demeanor perked up.

"LYSS!!" she heard him exclaim, she jumped off the chair she had been sitting in, and ran to the teenager. He held onto her tightly, not ever wanting to let go. "I-I was so worried about you." she cried, tears welling up in her eyes.

"I'm okay now, don't worry. Everything will be okay..." he mumbled, not letting go of her for a second. "I thought about you all the time, hoping that you weren't too upset about all this." he said, kissing her cheek gently.

"I didn't know what was going on. I still don't..." she whispered, wiping the few stray tears away that had fallen. "Are you okay? What happened?" she questioned, her small hands clutching onto the shirt he was wearing.

"I'll explain it to you another time babe, okay? Just know, I'm never ever leaving you." he grinned at the young girl, interlacing their fingers together as they made their way to the "stage" so he could help in getting things set up for the performance.

Melissa looked over at her best friend, trying to figure out if there were any physical differences... he just seemed a little happier, and much healthier.

The concert was the best one yet, everyone had given their all knowing that the next performance wasn't promised. Nick knew he had done so well, because Melissa was there with him in the front row... cheering him on wanting him to know she would always be there for him no matter what.

"So, I'll wait 'til kingdom come.All the highs and lows are gone.A little bit longer and I'll be fine.I'll be...fine"