Turning Tables by lisavslisa
[Reviews - 22]
Table of Contents [Report This] 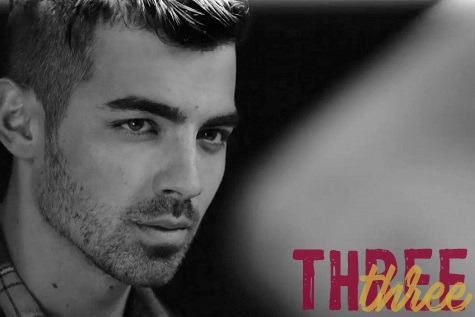 That Saturday night Calista went to a club opening with her model friend Vivian. She loved having the luxury of being on the list at exclusive stuff. She loved meeting new people and being a part of something.

Viv and Cali sat in the VIP lounge with a few other girls they knew through work, who were chatting up a group of guys in the corner. There was one guy that was really catching Cali’s eye. He had blonde hair and his eyes were as blue as the ocean. He had an amazing smile and an underwear model’s body.

It wasn’t long before Cali found herself chatting him up. His name was Rhys, he was British and he was twenty-four years old. He was interesting – going to school at NYU, modeling part time to pay the bills. They were in the same industry so they had a lot to talk about. They bonded over shoot directors and runway shows. Cali was really into him and she could tell he was into her.

“Would you like to check out a party with me at my mate’s new flat?” Rhys asked her.

“Yeah, I’d love to,” she said, smiling widely at him. Maybe afterward she could get him to go home with her.

It wasn’t long before they were in a cab on their way to the party. Rhys gave the cab driver the name of the intersection he wanted them to be brought to and Cali’s jaw dropped.

“I live right over there,” she told him.

Getting him to go home with her was going to be easier than Cali thought. The cab driver dropped them off at the intersection that was just three buildings down from her apartment.

“So where is this party?” Cali asked as they began walking in the direction of her building.

“Right down here. Where those people are out in front,” Rhys said. Realization washed over her quickly.

“What’s the matter?” He asked, looking at her questioningly.

“That’s my building,” she pointed out, feeling her stomach turn.

“It is?” He asked, his eyebrows heightening.

“Uh, I think so,” Rhys said. Cali shook her head. There was no way this was happening.

“My mate Joe is throwing a party ‘cause he just moved into his new place. Do you know him?” Rhys asked.

Cali felt robbed. She felt robbed of this amazing man standing in front of her, because now that she knew he was Joe Jonas’ friend, the appeal completely vanished.

“No. I don’t know him at all,” Cali said through gritted teeth as they approached the stairs to the brownstone.

“He’s a really cool bloke. You’re going to love him,” Rhys said as Cali let him lead the way into the building.

He held onto her hand as they walked up the stairs. It was surreal being led through her own building on this sort of quasi-date.

The music was so incredibly loud and Cali couldn’t imagine why the other tenants in the building would allow it, even if it wasn’t quite quiet hours. There were four other apartments in the brownstone – two upstairs and two downstairs. The other apartments were filled with younger people as well. And it dawned on her… they were all probably at Joe’s party. Cali rolled her eyes.

“Rhys… can’t we just… we could just go to my place,” Cali offered him, pointing at her door as she pressed him up against the wall in a seductive manner.

Just because her interest in Rhys as a potential suitor flew out the window at the mention of Joe Jonas, it didn’t mean she wasn’t interested in getting some. Plus, she really didn’t want to step foot in Joe’s apartment.

“I’d love to, but first I need to make an appearance,” Rhys said, smiling at her.

Joe’s apartment door opened suddenly – the boisterous music crashing through the airwaves. Their attention quickly turned to the person who opened it – Joe Jonas. Cali rolled her eyes immediately. Of course it was him.

“Rhys!” Joe yelled as he shut the door behind him, blocking out quite a bit of the music.

Cali immediately pulled her body away from Rhys’ while he did a swift handshake with Joe, causing her to roll her eyes.

“Cali – what are you doing with my buddy Rhys?” Joe asked, smirking wryly at her. Rhys looked between the two of them.

“I thought you said you didn’t know him,” Rhys said to her. Cali shrugged with a look of contempt on her face – contempt for Joe Jonas.

“Doesn’t know me? Yeah, right. Cali and I go waaaaaaay back. You see Cali used to be in loooooove with me,” Joe said, slurring his words a bit, and Cali could see now just how drunk he was.

Her eyes glared into him – shooting imaginary daggers straight at him. She wanted to punch him in the face for bringing that up. Okay, yeah – she used to have a teensy-tiny little crush on him at the beginning of high school. The second she saw him she developed a crush on him. He was beautiful in every way – perfect hair, perfect skin, perfect eyes, perfect smile. But this, of course, was before she ever got the privilege of knowing the real Joe Jonas. It was just a schoolgirl crush – writing “I heart Joe Jonas” all over her Joe! Joe! Joe! notebook.

That was until one day, Joe’s brother Nick saw what she was writing in her notebook. He ripped it out from under her arms in English class, while the teacher was out of the room helping another student, and proceeded to show Joe and all the rest of their friends. From there on out Joe was nothing but cruel to her. Calling her ugly and pathetic and of course ‘brace face’ – but that didn’t come until later. Joe was relentless and Cali often went home crying after school because of it. Had she not had that notebook with her at school that day – or ever, things might have been different.

“I was never in love with you,” she snapped at him.

“She wanted to marry me in high school,” Joe teased.

“Had I known you’d turn out to be this hot in the end, maybe I would have been nicer,” Joe commented, smirking at her as his eyes raked over her scantily clad body – she was only wearing a tiny black dress that came up high at the hem and dipped down low in the front.

“Fuck you, deviant,” she glared at him. Rhys just watched their spiteful banter unfold, finding it amusing.

“You wish you could. Hey, Rhys… you should probably fuck her. She does have a rockin’ body now. Let me know how she handles,” Joe laughed a menacing laugh.

“You are a piece of trash, you know that, Jonas! Fuck you. Don’t look at me, don’t talk to me, don’t talk about me – to anyone. Just fuck off and die,” Cali yelled in his face.

“She’s a feisty one, Rhys. You might want to gag her before you bang her,” Joe said, looking over at his friend.

With that Cali pulled back and punched him as hard as she could in the face. Her right knuckles connected with his left cheek.

“Ah! Fuck!” She screamed at the pain that shot through her hand immediately.

Joe was holding his cheek, but he was laughing amusingly at her.

“Fuck you!” She screamed at him as she moved toward her apartment door.

“You might want to put some ice on that,” Joe called after her. She flicked him off and then unlocked her door, slamming it behind her.

Mother fucker, mother fucking fuck! Her hand was throbbing. It felt like she broke the shit out of it. She immediately went to her freezer and got out an ice pack, soothing the pain temporarily with it.

Fuck Joe Jonas. She hated him with every fiber of her being. She looked down at her hand. It was already starting to bruise. Welp, there goes her career as a hand model.